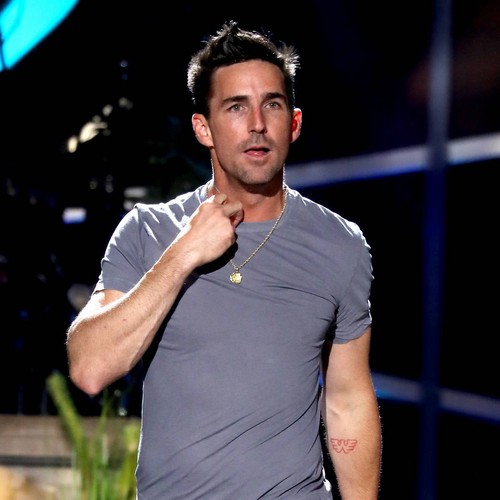 Country singer Jake Owen likened the chaotic scenes in Las Vegas, when a gunman opened fire at the Route 91 Harvest country music festival in on Sunday night (01Oct17), to a movie.

The 36-year-old was one of the musical guests at the star-studded festival, and had performed prior to Jason Aldean, who was on stage when gunman Stephen Paddock, 64, began his massacre. Recalling the chaotic situation during an interview with NBC News, Owen remembered: "I had just walked up on the stage with a couple friends of mine, including Luke Combs, another artist who had played earlier, and we were literally standing 50 feet from where Jason was on stage, and all of a sudden, you heard what sounded – it was kind of a thing where you were like, 'Was that gunfire?' – and it got faster and faster, almost like it was an automatic rifle.

"You could hear it ringing off the rafters off the top of the stage. That’s when you saw people fleeing. At that point, people on stage just started running everywhere possible. And it was pretty chaotic, for sure."

When people started realising what was happening, terror ensued, and the Barefoot Blue Jean Night singer joined the crowds running away from the Mandalay Bay Resort and Hotel, where Paddock was shooting from the 32nd floor.

"So I kind of just ran like everyone else. At one point, I was crouched down behind a cop car with about 20 other people that had come to the show, and everyone’s asking if everyone’s okay," he continued. "There’s blood on people, and you could see a couple folks on the street that looked like they’d been shot lying there. It was chaotic. It was literally like a movie that you feel like you’ve seen before that’s not real life."

Asked how long it felt from when the shooting began to when it ended, Owen said it seemed around "10 minutes". Police have confirmed that 50 people are dead in what has become the largest mass shooting in modern U.S. history, while over 400 have been left with injuries, some of them critical. Owen was also quick to praise the emergency services who rushed to the scene within minutes of the shooting beginning.

"I do think – I think it’s important to say, too – the Las Vegas police department, the responders, you could tell they did everything they could to get out here as quickly as they could to take care of these people, and I think they really, definitely, need a shout-out, as well," he concluded.